A UK engineer is trying to convince tanker owners they can boost profits by carrying waste water as ballast on back-haul voyages. This waste will eventually be used to irrigate arid desert coastlines and reclaim forests in countries like Egypt.

The scheme is the brainchild of Andrew Fletcher's Oasis Solutions, which is due to present the idea at a meeting of the All Parliamentary Climate Change Group at London's Houses of Parliament on 18 November.

Fletcher, with a background in heavy and mechanical engineering, has been trying to persuade water companies to ship waste water for 18 years. But now he believes that recent below-break-even rates for VLCCs and ULCCs, as well as the impending scrapping of single-skinned tankers, means the time is right to hook owners up with ballast "cargoes."

Sewage and farm waste effluent (mostly "grey water") will be screened for plastics and all unwanted debris. There will also be opportunities for tankers to act as storage vessels at either end of the supply chain.

Fletcher says he has no funding as yet, which is a key objective of the November meeting. He told TradeWinds: "We do not have funding in place to move this project forward. Funding appears to be the main stumbling block and will only happen when politicians are onboard."

He adds the advantages are clear: any crude oil residues will combine with the waste water, providing bio-digestion of tar build-up in tanks and helping clean them.

Seawater ballast would replace the partially digested cargo to finish the cleaning process en route to the next oil terminal. There would also be a cost saving by avoiding sterilisation of ballast.

"We have conducted a simple calculation that shows each chartered cargo of waste water could be paid for by the water companies and remove the need for land-based treatment, saving well over £500,000 per trip," Fletcher added.

"This is turn would save each UK household £200 from their annual water bill." He adds the key now is to find out how much it would cost to pay a tanker owner who has a single-skinned ship awaiting scrapping or conversion to anchor the tanker for storage at the coast on either the recipient end or the donating end of the operation.

"We are hoping to obtain a paid anchorage cost for storing waste water in
Venice, for example, and Egypt." 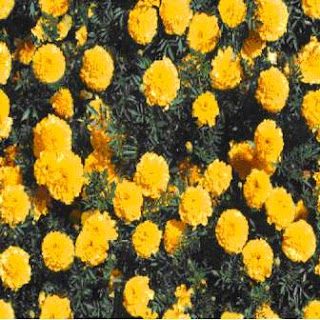 A consortium of three Spanish engineering and construction companies has won a tender to expand the Bahia de Bizkaia Gas terminal on the country's northern coast. Construction of a third tank at the Bilbao plant will begin early next year, a BBG source said. The winning consortium of Sener, Cobra and Balzola was long believed to be the front-runner for the job. The contract has yet to be signed, a source in the engineering consortium said. Rival Spanish engineering player Tecnicas Reunidas is known to have been vying for the engineering, procurement and construction prize.

BBG is paying about €160 million ($224 million) for the tank, said a source at the operating company. The terminal began operations in 2003 with 7billion cubic metres per annum of capacity.
Expansion was originally planned for 2008. Bids for a new 150,000 cubic-metre tank were submitted last autumn but the project did not receive Industry Ministry approval until April of this year.

In the meantime, BBG asked bidders to resubmit cost estimates. Elsewhere, a deal allowing Spain's Repsol-YPF to exit the shareholder roster at the terminal has been finalised, the BBG source said.

The National Energy Commission approved the agreement last week, clearing the way for gas pipeline player Enagas to take a leading stake. Repsol's 25% interest is reported to have fetched
€40 million. It unloaded 15% to Enagas, giving that company 40%. Another 5% each went to Deutsche Bank fund RREEF and the Ente Vasca de Energia, a company owned by the Basque regional government. They each now hold 30%. Enagas now has sole ownership or a lead shareholding in all but two of Spain's seven existing and planned LNG terminals.