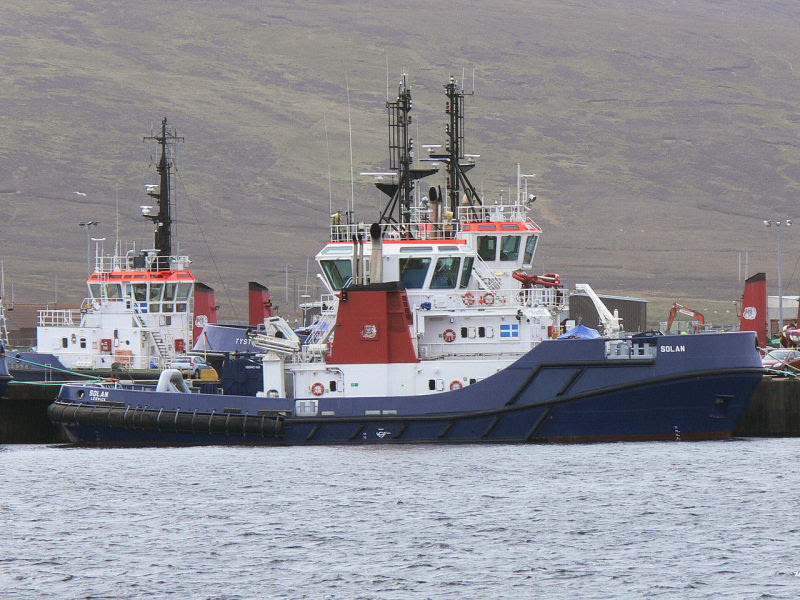 
Two new Spanish-built tugs stationed at UK Shetland’s oil port of Sullom Voe have been taken out of service, following an incident with one of the tugs with a tanker.

Shetland Islands Council (SIC), which operates the port, has launched an investigation and the Marine Accident Investigation Branch (MAIB) has been informed of the collision.

SIC harbourmaster Roger Moore confirmed to local media that the shuttle tanker ‘Loch Rannoch’, which delivers oil to the port from the BP operated Schiehallion oil field west of Shetland, collided with the tug ‘Solan’.

The 'Solan' is one of two £7 mill tugs delivered to the port from a Spanish shipyard in February last year. The vessels are claimed to be two of the most powerful harbour tugs in the world with a bollard pull of 90 tonnes. Crews have said that the tugs have been beset by technical problems since their delivery, local reports said.

The latest incident occurred shortly after the ballasted ‘Loch Rannoch’ left the jetty to return to the oil field.

'Solan' was close by the 128,700 dwt tanker and still had a rope attached when she suddenly lost both power and control. The tanker, which was moving at about five knots, struck the tug on the stern.
Then power suddenly returned to the tug, a situation crews said is not uncommon, and she returned to her berth, according to a local newspaper.

Captain Moore told reporters that he could not comment on the incident until the investigation had been completed, but insisted there was no evidence of a problem with the vessel.

He also reportedly said that at present there is no indication of a mechanical failure on the tugs. However, both the ‘Solan’ and her sister tug ‘Bonxie’ have been taken out of service.

Both tugs were due to be taken to an unnamed shipyard early this year to have their hulls modified in an effort to resolve some of the handling problems, the local newspaper said.
Fuente: Tanker Operator
Publicado por Unknown en 09:43